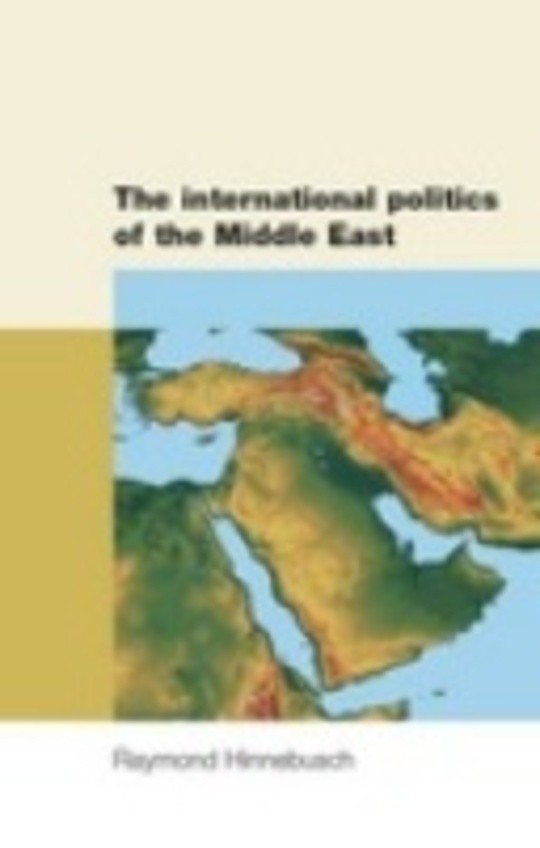 The international politics of the Middle East

The international politics of the Middle East fills a major gap in the field of middle eastern political studies by combining international relations theory with concrete case studies. It will be of immense benefit to students of middle eastern politics, international relations and comparative politics. The book begins with an overview of the rules and features of the middle east regional system - the arena in which the local states, including Egypt, Turkey, Israrel and Arab states od Syria, Jordan and Iraq, operate. It goes on to analyse foreign policy-making in key states, illustrating how systematic determinants contrain this policy-making, and how these contraints are dealt with in distinctive ways depending on particular domsetic features of the individual states. Finally, the book goes on to look at the outcomes of state policies by examining several major conflicts including the Arab-Israeli conflict and the Gulf War, and the system of regional alignment. The book assesses the impact of international pentrartion in the region, including the hsitorica reasons behind the formation of the regional state system. It also analyses the continued role of the external great powers, such as the United States and the former Soviet Union and explains the process by which the region has besome incorporated into the global capitalist market.