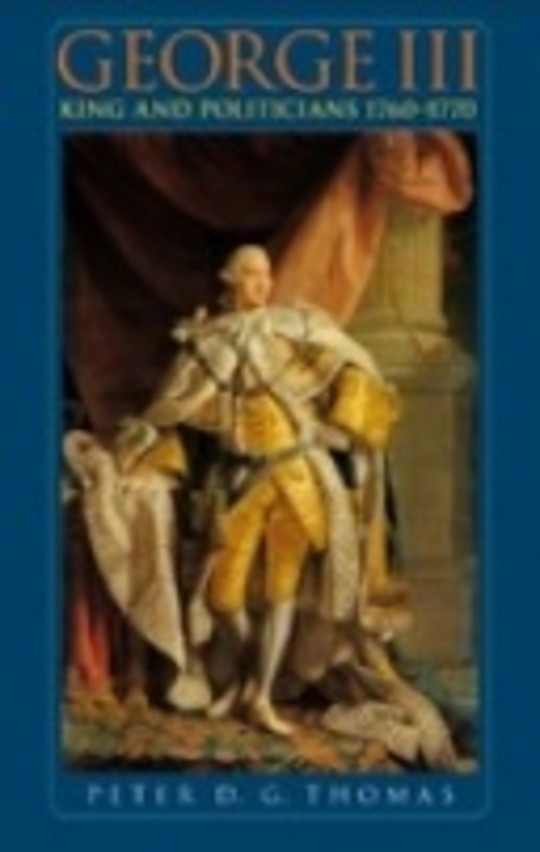 The eighteenth century was for long described as 'the classical age of the constitution' in Britain. The prevailing impression was one of cabinet government based on a two-party system of Whigs and Tories in Parliament, and a monarchy whose powers had been emasculated by the Glorious Revolution of 1688-89. This simple picture was destroyed in 1929 when Sir Lewis Namier published The structure of politics at the accession of George III. In this canonical work, he demonstrated that the monarchy was far more than simply a cipher and that no such party system existed, finding rather that the political divide in Parliament was of an administration comprising a court party and some political factions facing an opposition of other factions, with the votes of independent MPs divided and fluctuating between the two. In this fascinating book Peter D. G. Thomas, Namier's last research student, continues the political story into the first decade of the reign of George III. One of the most controversial figures in modern British history, the King has often been blamed for the loss of Britain's American colonies in an attempt to restore royal power. However, through an analysis of key politicians and ministries of the period, the author here uses Namier's findings to demonstrate that George III was not seeking to advance royal power, and throws light on the extent to which a system of party politics was in operation. In addition, although the structure of British politics revealed by Namier provides the setting for this study, America, India and Ireland are also considered here as important issues of the time. Providing the first chronological survey of power politics and policy-making in the first ten years of George III's reign, this book will be invaluable to all undergraduates studying eighteenth-century British history.