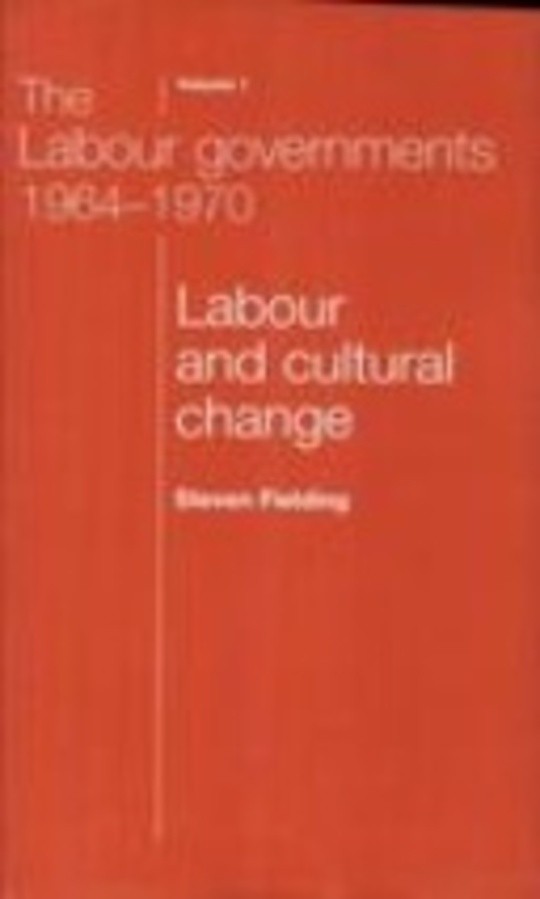 This book is the first in the new series The Labour governments, 1964-70 and concentrates on Britain's domestic policy during Harold Wilson's tenure as Prime Minister. The book deals, in particular, with how the Labour government and Labour party as a whole tried to come to terms with the 1960s 'cultural revolution'. It is grounded in original research, takes unique account of responses from Labour's grass roots and from Wilson's ministerial colleagues, and constructs a 'total history' of the party at this critical moment in history. Steven Fielding situates Labour in its wider cultural context and focuses on how the party approached issues such as the apparent transformation of the class structure, the changing place of women, rising black immigration, the apparently widening generation gap and increasing calls for direct participation in politics. The book will be of interest to all those concerned with the development of contemporary British politics and society as well as those researching the 1960s. Together with the other books in the series, on international policy and economic policy, it provides an unrivalled insight into the development of Britain under Harold Wilson's government.