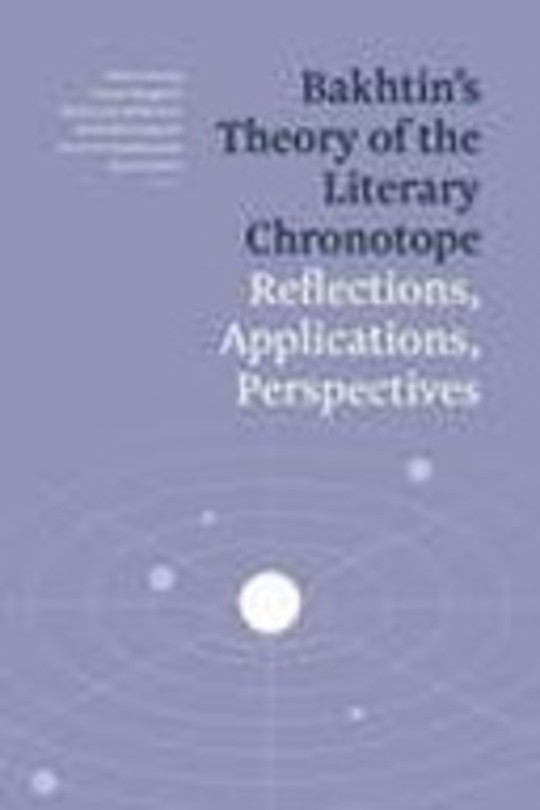 Bakhtin's Theory of the Literary Chronotope

This edited volume is the first scholarly tome exclusively dedicated to Mikhail Bakhtin’s theory of the literary chronotope. This concept, initially developed in the 1930s and used as a frame of reference throughout Bakhtin’s own writings, has been highly influential in literary studies. After an extensive introduction that serves as a ‘state of the art’, the volume is divided into four main parts: Philosophical Reflections, Relevance of the Chronotope for Literary History, Chronotopical Readings and Some Perspectives for Literary Theory. These thematic categories contain contributions by well-established Bakhtin specialists such as Gary Saul Morson and Michael Holquist, as well as a number of essays by scholars who have published on this subject before. Together the papers in this volume explore the implications of Bakhtin’s concept of the chronotope for a variety of theoretical topics such as literary imagination, polysystem theory and literary adaptation; for modern views on literary history ranging from the hellenistic romance to nineteenth-century realism; and for analyses of well-known novelists and poets as diverse as Milton, Fielding, Dickinson, Dostoevsky, Papadiamandis and DeLillo.